Position yourself for growth in 2017—join us live at the Entrepreneur 360™ Conference in Long Beach, Calif. on Nov. 16. Secure Your Seat »

Think back to the last time you were on a joint call with several co-workers. You were likely packed into a conference room, all collectively staring at the star-shaped speakerphone in the center of the table. The phone absorbed and transmitted important topics discussed, deals done, projects debated and to-do list items checked off.

The world has Jeff Rodman and Brian Hinman to thank for that technology, which can be found in nearly every conference room from Boston to Paris and Beijing to Tokyo. The pair created the phone in the early 90s after founding Polycom in Rodman’s San Francisco basement. Since then, the company, now based in San Jose, has blossomed into one of the world’s largest communication players with 71 offices in 31 countries and 3,800 employees worldwide. 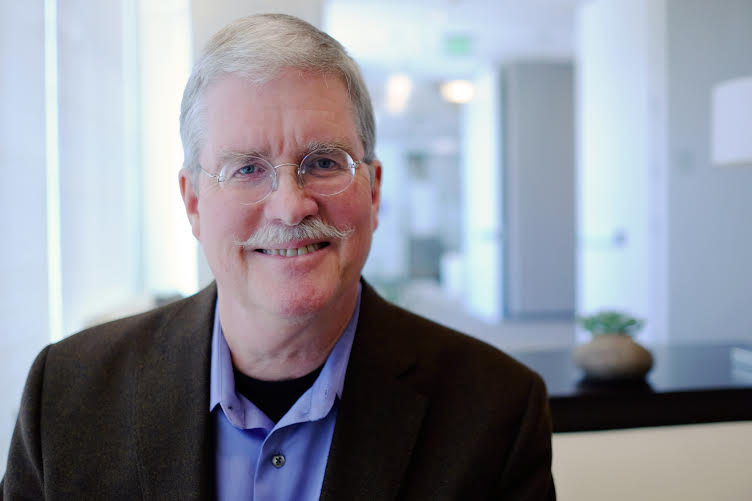 Earlier this month I caught up with Rodman, now Polycom’s chief technical evangelist and speaker at upcoming NextCon — a business conference scheduled for November — to learn more about his path to building an iconic company and his advice for others who want to do the same.

Let’s start from the beginning. Did you always want to be an entrepreneur?

I always wanted to be an engineer. I’m not sure about the entrepreneur part. Looking back, I incorporated qualities from both my mom and my dad into my career and life path. My dad was a radioman in WWII, and I learned a love for technology through him. My mom is an organist and has played piano all her life. I now play the piano quite often.

How did you and Hinman come up with the idea for Polycom?

I grew up in the San Fernando Valley, moved up to San Francisco after college to work as a development engineer and then relocated to Boston to work at PictureTel, a startup that was leading the way in video conferencing and collaboration. After a few years, my wife wanted to come back to California, so in 1989 we moved back to San Francisco. It was right around that time when Brian — a founder at PictureTel — and I started talking about launching a company. (Note: Polycom acquired PictureTel in 2001.)

Related: 7 Signs It’s Time to Transition From Employee to Entrepreneur

He moved out, and we got to work in my basement. We wanted to create a company that would let people collaborate wherever they were. We had ideas around document collaboration, but eventually decided to get into audio first and started talking about how to create the next great speakerphone.

How did your idea morph into the star-shaped phone?

We wanted to create a speakerphone where you could talk with anyone and interrupt the same way you do when you are in the same room with another person. That was an unusual concept at the time. Back then, speakerphones pretty much only allowed the person with the loudest voice to carry the conversation; that person’s voice would drown out other conversation.

We created a technology that mimicked in-person conversations and, at first thought, it could work perfectly just as a super speaker inside an existing phone on a person’s desk. When a conference call needed to happen, colleagues could gather around that desk. We priced it out and realized it would cost $400 per phone. And this is 1991 we are talking about.

It was a lot of money, especially back then, and especially when you think that one company might need hundreds of phones. So we scratched that idea and decided to create a group-oriented system designed to serve a whole conference room. That is where the star-shaped phone came in.

It seems like you guys exploded after that. Did you always envision the company going public?

Yep, that was part of the plan. Our vision has always been human collaboration, but going public was always the plan, which is why we did an IPO in 1996.

Has the success of Polycom surprised you at all?

Not really. I think when you are building a company, you take it a step at a time and then always look back at the last step to make sure everything seems in line. In hindsight, everything seems logical. I don’t think I ever reached a point where I was super surprised by our success because it happened so incrementally.

What advice can you offer entrepreneurs just starting out?

Whatever you do, make sure it is something you enjoy because you will be spending the better part of your day — 12-16 hours — doing it. When you are building a company, don’t focus on how much money you can make and how quickly you can double that money. Focus on how to make your product twice as good as it is. If you do that, success will come organically.

For more information on Polycom and NextCon, scheduled for Nov. 14-16 in Scottsdale, visit polycom.com and nextcon.com.

The Birth of the Star Speakerphone