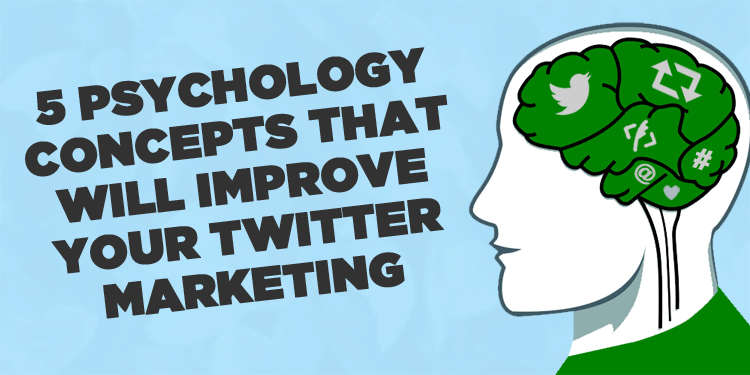 The human brain is probably the most sophisticated network on the planet. The depths of its potential are nearly unfathomable. Still, there are some things we know about the way it works that savvy marketers can work into their Twitter marketing strategy.

When you finish reading it – which I sincerely hope you do – you’ll be armed with some mental ammunition to psych up your Twitter audience and get them to take action.

So, knowing the human attention span is shorter than a goldfish’s – seriously, look it up – we better get started.

Priming is a psychological technique that uses initial stimuli to help influence future stimuli. In English, that means purposely exposing someone to something that will affect the next thing they see in a positive or negative way.

For example, a study demonstrated that people who are shown the Apple logo can be primed to be more creative. On the other side of that coin, people shown an IBM logo were actually primed to be less creative.

So how can you use this knowledge in your Twitter strategy? By priming people with an image combined with a related call to action in a Tweet, you can help influence them to take that action.

That nice big image of a red triangle with the exclamation point catches the eye and primes the viewer for something dangerous. The accompanying text reinforces this feeling by talking about mistakes that will destroy your Twitter strategy.

The principle is that users will be more likely to click on the link and make sure they’re not making these mistakes because they’ve been primed for something potentially harmful to them.

The fear of missing out (FOMO) is a powerful element hardwired into human psyche. For early humans, a lack of access to information could be life-threatening.

As psychologist Anita Sanz explains, “Our survival as an individual within a tribe, and thus our survival as a species, once hinged on our being aware of threats both to ourselves and to the larger group. To be ‘in the know’ when we roamed around in small groups was critical to survival. To not be aware of a new food source, for example, meant you literally missed out on something that could mean the difference between life and death.

“When humans began to create more stable farming communities, being in the know involved paying attention, being in the right places at the right times to get resources and information, and engaging in the gossip of the day as it filtered through the community.”

Well, a lot has changed since then, but not our tendency toward FOMO.

So how can you take this idea and apply it to your Twitter marketing strategy? Let’s take a look at an example that recently worked well for me.

If you use #Twitter for #business & DON’T have a pinned Tweet you’re missing out on clicks!https://t.co/BKBCpjXIqG pic.twitter.com/pkXEN30kLR

Clearly, this isn’t rocket science. I simply stated a good reason businesses could be missing out on clicks on Twitter.

As you can see, the Tweet got decent engagement on the surface – a few retweets and favorites.

But the metric I’m concerned with is link clicks – and this Tweet got more than usual, at least by my personal account’s standards. As of this writing, the Tweet has 13 link clicks.

For a more in depth resource on FOMO marketing, Brian Fanzo (@iSocialFanz) does an amazing job of breaking it down on this episode of Vincenzo Landino’s Brand Boost Podcast.

The mere exposure theory states that people tend to prefer something they’ve been exposed to in the past more than something new.

There are a couple ways you can apply this idea to your Twitter marketing strategy.

First of all, only a small fraction of your followers are going to see any given Tweet you post.

Let’s have some fun and do math. A quick check of my Twitter Analytics shows I Tweeted 449 times last month with 376,000 impressions. On average that’s roughly 840 impressions per Tweet – for an account with almost 15K Followers.

With the speed of Twitter, nobody is going to notice you’re Tweeting the same content once a week – or even once every few days, as long as you Tweet a lot.

In fact, because of the mere exposure theory, you’ll want people to see the same Tweet more than once. After a few times of seeing the same Tweet – with an awesome visual of course – people who have seen it before will be more likely to pay closer attention.

Now, this is where you can really dig in with the mere exposure theory by combining Twitter with your digital marketing strategy as a whole – retargeting advertising.

Do you know you can target an ad to a custom audience of Twitter users who have recently been to your website? It’s true!

Even if you didn’t know about retargeting advertising before, chances are you’ve seen it in action. Have you ever noticed that after visiting a website, all of a sudden you’re seeing ads for them all over the Internet? They’re in your email, on sites you visit, in your Facebook newsfeed, hanging on your front door – well, maybe not that last one. But they are everywhere.

And do you know why? Because it works and savvy marketers know it!

For this one, you may need a professional developer to get you set up with the fancy technical side on your website. Or if you’re a do-it-yourselfer and know a little something about websites, you can probably handle it.

Either way, once you get up and running with a Twitter retargeting campaign you’ll be able to laser target prospects. And at the same time, you’ll be using the power of the mere exposure theory. It’s a great way to recapture website visitors and convert them into customers.

For some basic info, check out Twitter’s remarketing page. And for some real-world advice on how to put remarketing into practice, check out this great post from Social Media Examiner: 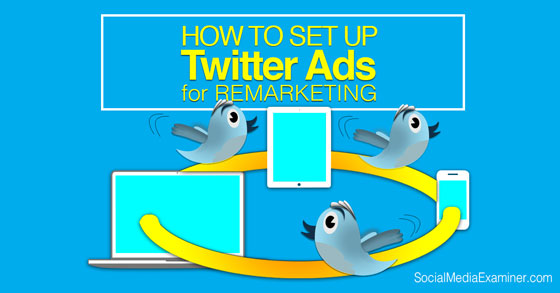 This is a big one. To borrow a phrase from that movie with that kid from The Sixth Sense, a major part of your Twitter marketing strategy should be paying it forward – favors are the currency of Twitter.

When you do for other’s – especially when you do it strategically – there’s almost a compulsion for most people to return the favor.

I cannot count the times when I’ve Retweeted a person I have a connection with and within the hour they’ve returned the favor and Retweeted something of mine.

Don’t just Retweet their most recent Tweet. Retweet something you think they would want the word spread on. It could be a webinar they’re hosting, a new online course they’ve launched, or even their latest blog post.

When you take the time to keep an eye out and share what others are actively promoting, you stand a much better chance of them reciprocating. 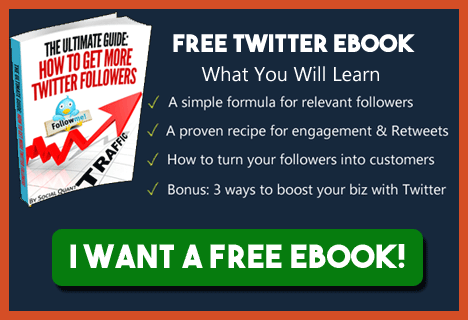 And don’t always just Retweet their content. When possible, add thoughts of your own.

This is one place where Twitter lists can really come in handy. If you have a group of people you’d like to be sharing your content, create a list of those users. Check the list a few times a day and look for opportunities to share their promotional Tweets. It will rarely go unnoticed.

Again, I consider favors the currency of social media. But unlike dollars, you can’t just spend your social currency any time you want.

If your expectation is that your efforts must be reciprocated and feel slighted if they’re not, you need to adjust your thinking. No one is obligated to reciprocate. But if you’re truly providing value with your own content, chances are people will “pay you back.”

Oh, the psychology of color. Well, that’s a blog post – or book – on its own. Still, I would feel remiss if I wrote a post on how to use psychology on Twitter and didn’t mention color.

But I’m not going to try to reinvent the color wheel. Instead, I’m going to share this amazing infographic from WebpageFX that breaks down the essentials of how to use color in your Twitter marketing.

While it’s not exclusive to Twitter, there is a wealth of info here that you can specifically apply to your Twitter marketing strategy.

Now that you know some basic psychology and how to work it on Twitter, it’s time to get cracking.

By incorporating one – or hopefully more – of these techniques in your Twitter strategy, you’ll be on your way to more engagement and success for your business.

5 Psychology Concepts that Will Improve Your Twitter Marketing Strategy